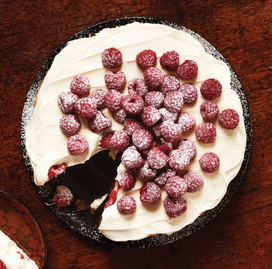 When it comes to cake we Brits are a traditional bunch, preferring to bake a Victoria Sponge over any other.

Women still do most of the baking, we like to enjoy a slice of cake in the afternoon with a cup of tea and we prefer to share it with our partner and children. And – perhaps not surprisingly – Great British Bake Off star Mary Berry topped the poll as the person who most inspires us to bake.

The Great British Cake survey polled 2,000 UK adults. It was carried out by One Poll on behalf of AGA, makers of the iconic range cooker. It found that on average we eat five cakes per month, with women enjoying slightly more than men.Those in the North East eat the most (an average of 5.52 cakes per month) while those in Wales eat the fewest (4.49 per month). 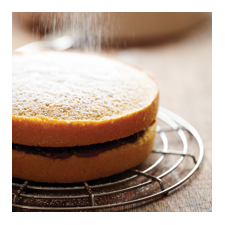 On average we bake five cakes per year, with women making almost double the number men do. When it comes to our preferred drink to enjoy with cake, tea was the number one choice with more than half of respondents (51%), proving we’re a nation of traditionalists. Coffee came in second with 24%. Champagne or Prosecco came top of the poll for when it came to cold drinks to enjoy with cake.

We’re also conservative when it comes to when we like to eat cake. More than half of us (52%) prefer to tuck into a slice of cake in the afternoon, proving that afternoon tea is alive and well.

The survey revealed that Bake Off sensation Mary Berry is our biggest baking inspiration, followed by Nigella Lawson, and Jamie Oliver. When it comes to healthier bakes just under 60% of us use a sugar substitute. Honey topped the poll as our number one choice (28%), followed by maple syrup (14.7%).

AGA is one of the only cookers to have a dedicated baking oven. Staff at AGA shops around the country are always happy to offer baking advice, and regular cookery and baking demonstrations are held in store. 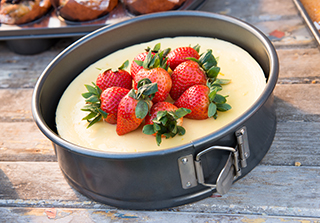