You know when you go to that sp 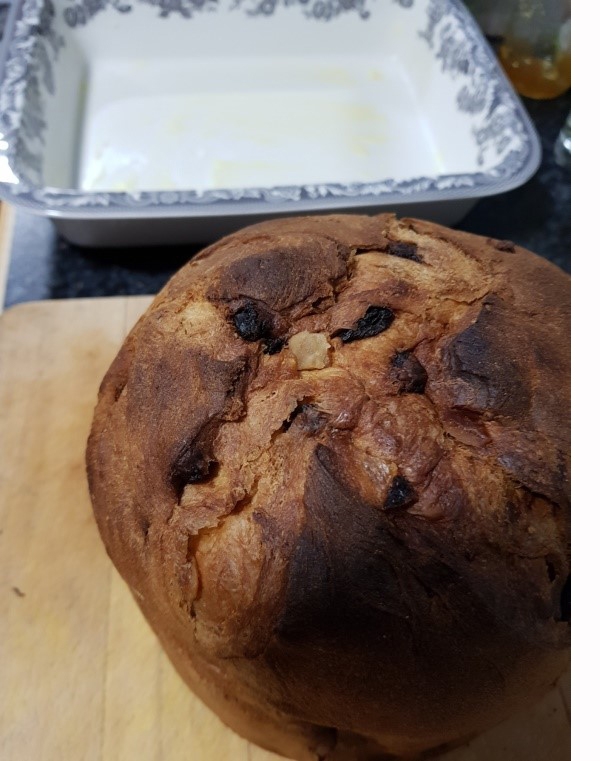 ecial shop or deli and buy lovely foodie things for Christmas my question is why do some items work their way to the back of the cupboard and get forgotten?  How can you forget that treasured speciality – it happens!

The food I discovered was a large Panettone in a tin, which had a long ‘sell-by date’.  An amazingly large sweet Italian bread with candied fruits, sultanas and citrus flavours.  It literally translates as ‘bread of Toni’ however it actually translates as big bread (panetto) for dough and the suffix ‘one’ meaning large.  It is to the Italians what Christmas cake is to the British.

The Panettone came into its own when teamed up with the new Portmeirion large Roasting Dish as I had invited a group of friends around on impulse – come round for a meal tomorrow night, seemed a good idea at the time!

The large Portmeirion dish is super for holding a large quantity of food and ideal for putting in the centre of the table so friends can help themselves (shades of Nigella).  The dish is so useful too as it slides directly onto the runners of the AGA.

I had decided on a Panettone Rich Bread Pudding to feed my company as a dessert.  The pudding just needs the one dish to cook it in and serve from – ideal.

Firstly butter the dish, then slice the Panettone and arrange in the base of the dish. 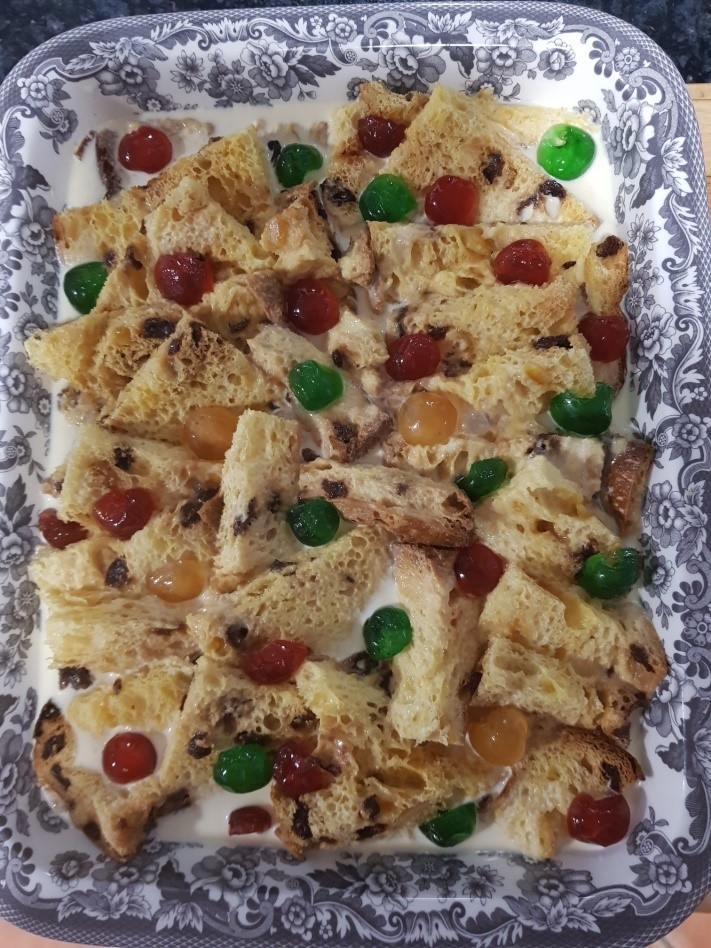 Then in an AGA saucepan mix a large carton of double cream (600ml) with a pint of milk, add 60g caster sugar and a couple of teaspoons of vanilla extract.   Dissolve the sugar over the Simmering Plate heat and remove from the heat.  When the liquid has cooled down a little beat in 5 eggs and pour the custard mixture over the Panettone.  Allow it to soak for an hour, then scatter over some colourful glace cherries.

Result, one Panettone made a great pudding, happy full friends and the Portmeirion large Roasting Dish went in the dishwasher for easy cleaning. By Dawn Roads. 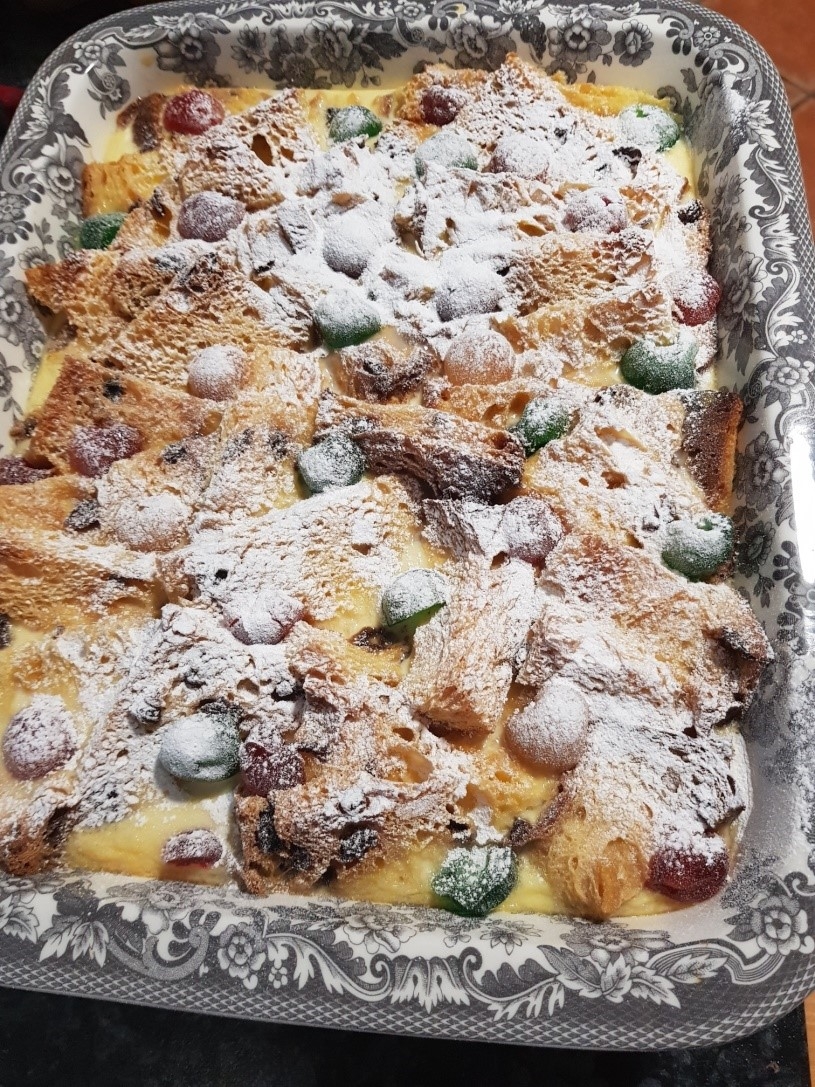