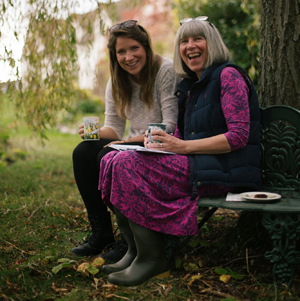 AGA Ambassador Ursula Evans retired from a long and happy career in nursing and turned to her second passion...baking! She started a small business, My Cottage Kitchen, baking fruitcakes in her AGA cooker at home in Shropshire. 5 years later she is still baking and selling a thousand fruitcakes a year from her AGA cooker. Having won numerous awards for her baking, including Great Taste awards and best cake at the first Carfest South where Mary Berry said:

"It was the best fruitcake she had ever tasted"

She has since appeared on BBC Radio 2 Chris Evans Breakfast Show and also as Sunday Kitchen Guest on BBC Radio Shropshire with Paul Shuttleworth. Her fruitcakes have had many favourable reviews including from Tom Parker Bowles in The Mail on Sunday, Kate Hilpern in The Independent, and Felicity Cloake in The Guardian.

In her book, Fruitcake, Ursula is now bringing a fresh and contemporary approach to baking, taking readers on a tour of the most delectable flavours, ingeniously demonstrating her passion for baking. The time has come to give fruitcake the respect it deserves, in Ursula's own word,

Ursula spoke to us about her beautifull inspiring cookbook and also told us about her favourite AGA Cookshop item.

"It has my award-winning traditional fruitcake recipes, and some very interesting fresh and contemporary fruitcakes, for example; Beetroot and Chocolate and Courgette and Cardamom. The book is dedicated to my Mother, to whom I am indebted, she taught me to reach for the stars and encouraged my passion and enthusiasm, not just for baking, but for life. In turn I do the same for my children. The book contains some fabulous photographs taken in my kitchen and garden and featuring my children too, and the photo attached is of my youngest daughter Catrin." 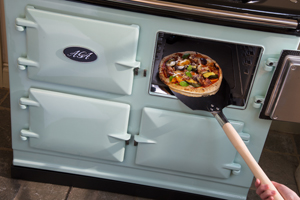 "My favourite Cookshop item has to be the baker's paddle! I love it - it is perfect for getting pizza out of the oven and of course works a treat getting my Fruitcake M'hannacha out of the oven too!" 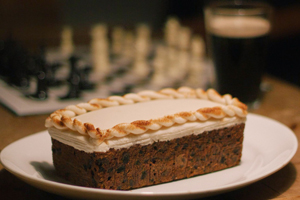